Pop music also known as “Pop” is widely famous among teenagers where the songs are often repetitive and very simple to familiarize that originated last 1950s. To all our readers, take note that “pop music” is different from “popular music”.

It is called “popular music” if a large segment of the population likes the song whatever its genre. However, we call it “pop music” if it refers to a specific musical genre within the “popular music”.

A popular band known as “The Beatles” produced emotional masterpiece in their time that is still known today by experimenting different techniques to show appeal to the audience. You might be asking “The Beatles is a rock band, right?” Yes, it is a rock band but they also included pop in their genre like in their 8th album called Sgt. Pepper’s Lonely Hearts Club Band which was released on May 26, 1967. That album sold 32 million copies worldwide making it one of the best-selling albums in history as of 2011. Aside from that, The Beatles are considered to be the best-selling band in history with estimated sales of over 800 million physical and digital albums worldwide.

In January 2010, Justin Bieber released his song called the “Baby”. It is played with a fast tempo of R&B but was blended with dance-pop and hip-hop. Aside from that, the music video has the most dislikes on Youtube with 8 million. 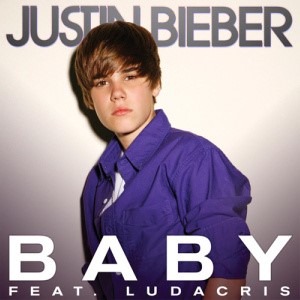 Let us actually focus on the main point of this article, the Millennial Whoop.

Patrick Metzger, a musical blog artist, pointed out that artists use the exact same note sequence where he named it the Millennial Whoop that can be found in a lot of pop songs like Katy Parry’s California Gurls and Carly Rae Jepsen’s Good Time for the sake of familiarity. It is a sequence of notes between the fifth and the third of a major scale. Artists sing in an “Oh” phenome, usually in a “Wa-oh-wa-oh” pattern. Song artists such as John Elton, Beyoncé, Adele, Ed Sheeran, Eminem, Miley Cyrus, Ariana Grande, and Taylor Swift produced hit singles using the formula mixing their own styles that are unique to them. If you want to know more songs that almost sound alike, visit this website at http://www.thatsongsoundslike.com/. You may also check out Metzger’s blog as well at https://thepatterning.com/2016/08/20/the-millennial-whoop-a-glorious-obsession-with-the-melodic-alternation-between-the-fifth-and-the-third/.

Metzger talking about “Why do so many pop songs sound the same?” at TedX, Koc University

This is a text widget, which allows you to add text or HTML to your sidebar. You can use them to display text, links, images, HTML, or a combination of these. Edit them in the Widget section of the Customizer.

This is a text widget, which allows you to add text or HTML to your sidebar. You can use them to display text, links, images, HTML, or a combination of these. Edit them in the Widget section of the Customizer.
Loading Comments...
%d bloggers like this: